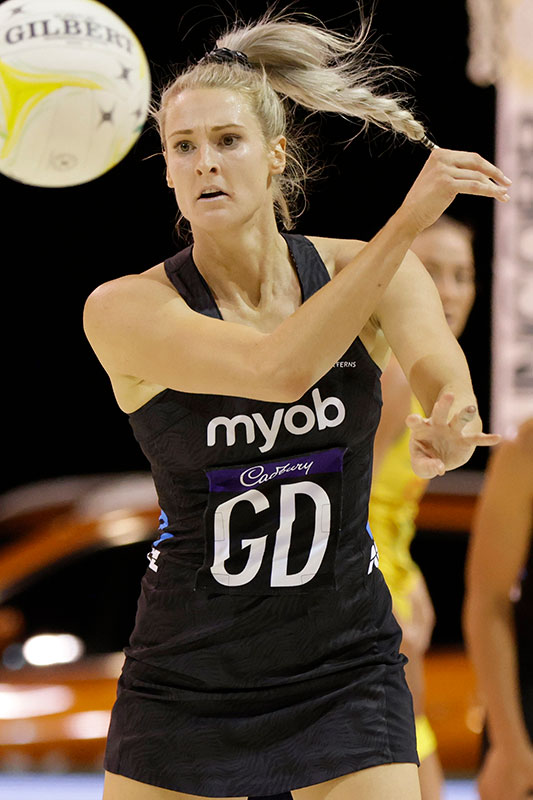 GK
GD
Missing out on selection for the Silver Ferns 2018 Commonwealth Games campaign did not keep dynamic defender Jane Watson out of the limelight for long.

Watson surged back into the Silver Ferns team later that year after an inspiring season for the Tactix, followed by another strong domestic campaign in 2019, captaincy duties adding to her growth, to cement her place in the 2019 Netball World Cup team.

The willowy defender was an integral figure throughout the World Cup campaign as the Silver Ferns went on to be crowned 2019 champions.

Growing up playing football, Watson was a late starter to netball but her lean and athletic frame have conspired to make her a quality in-circle defender.

A stellar season for the Steel in 2016 resulted in selection to the Silver Ferns squad which turned into a late injury replacement call-up for the Netball Quad Series. Watson grabbed the opportunity with both hands to deliver an impressive series of games over the 2016 international season.

A dynamic vertical leap, long reach, speed off the mark and ability to hunt for ball outside the circle make Watson a dangerous and effective defender who has the knack of creating turnover ball at key moments.

Watson was the 2017 ANZ Premiership Player of the Year.