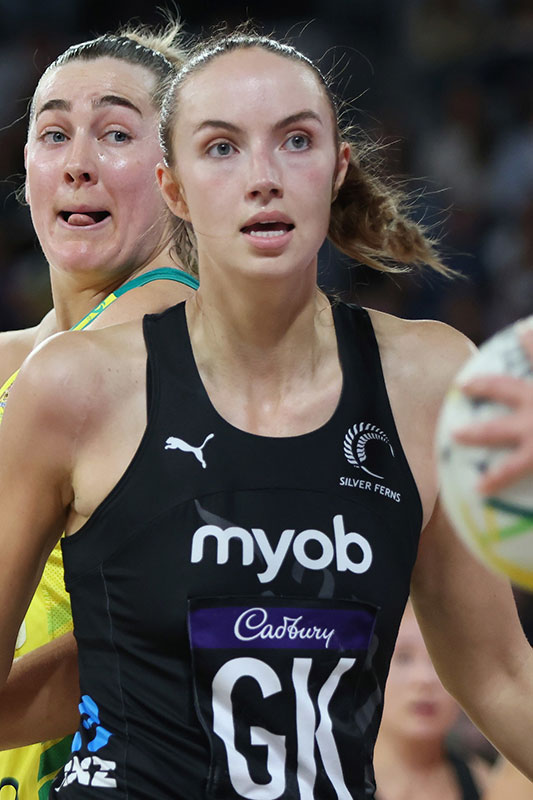 On the back of a career-defining domestic season, rangy defender Kelly Jury will attend her second Commonwealth Games after securing her spot in the 2022 Silver Ferns team.

Jury first made waves in 2017 when selected in her first Silver Ferns squad. The towering 1.92m defender made the most of the opportunity to gain her first cap ahead of playing an instrumental role in the NZ U21 team’s unbeaten run to the World Youth Cup title the same year. Major Achilles and shoulder injuries curtailed the early part of Jury’s promising career but injury-free in recent seasons has added confidence and a new lease of life. 2022 proved a breakout year for the willowy Jury, who thrived in her new leadership role at the Pulse while improved fitness and conditioning helping deliver a standout season.

On the way to realising her full potential, Jury was a key figure in driving a young Pulse team to the 2022 ANZ Premiership title.

As one of the tallest defenders in the New Zealand game, Jury has added to her skillset with quick hand and foot movement and attacking thrust from the back court while remaining a constant threat with her disruptive lean and rebounding ability. Time at goal defence the previous season has improved her positional awareness and tactical nous at the defensive end.