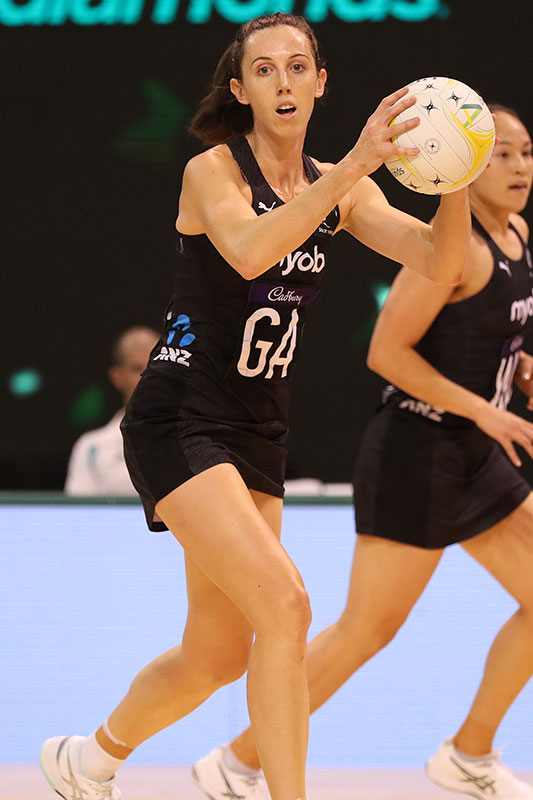 GS
GA
WA
Growing in stature through the 2019 domestic season helped athletically-gifted shooter Bailey Mes resurrect her international career with a recall to the Silver Ferns and subsequent triumphant run to the Netball World Cup title in Liverpool.

Out of favour since the 2018 Commonwealth Games helped Mes refocus, experience playing a key role in her progressively strong form through 2019. An impressive player in the air and an astute reader of the game, Mes relished her senior status in the Mystics line-up with her guidance and all-round court play.

Always a bundle of energy and athleticism, there’s no doubting the lofty shooter’s fitness and natural ability after making her debut in 2012 when she was a Silver Ferns bolter that year.

A serious knee injury dashed her chances in 2013 but she bounced back to regain selection the following year and was a key performer in the FAST5 Ferns successfully defending their FAST5 Netball World Series title. She repeated that effort with the 2018 FAST5 Ferns team.

At her best, a dynamic player, fleet-footed and possessing an impressive standing jump, the 1.87m Mes has all the necessary attributes as she showcased on the back of an outstanding Netball World Cup SYDNEY 2015. Has the ability to produce something out of the ordinary.