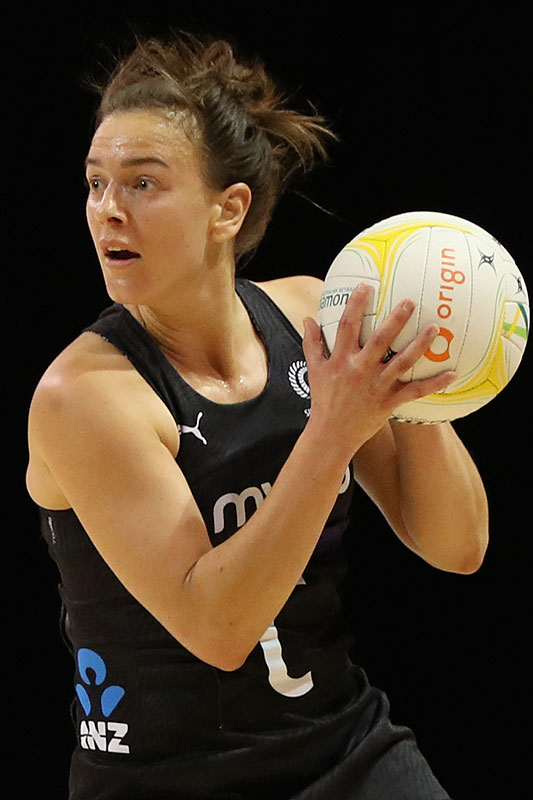 Late blooming midcourter Claire Kersten continues to evolve her game after four defining seasons with the Pulse. On the back of regular court time, Kersten’s game has gone from strength-to-strength, initially leading to a Silver Ferns call-up in 2018 after thinking higher honours had passed her by. From being a rock-solid wing defence, Kersten moved into centre in 2018 with impressive results. Physically and mentally strong, Kersten has a calm demeanour, leads by example through her work ethic, is a potent force on attack and defensively, and is a senior leader at the Pulse. Continuing to add to her game at centre, Kersten was a revelation during the 2020 domestic season, adding to her repertoire as a fine defensive centre, to honing her movement and ball skills on attack. Hard working, consistent and relentless, Kersten’s impressive credentials led to a recall to the 2020-21 Silver Ferns squad just as she thought she had done her dash for any further higher honours. Modest and unassuming, Kersten is a consummate team player, her resilience and ability to improve being shining examples of her dedication. A finalist with the NZU21 team at the 2009 World Youth Cup, Kersten played in the All Stars team in 2019 and was vice-captain of the jubilant FAST5 Ferns World Series-winning team in 2018.