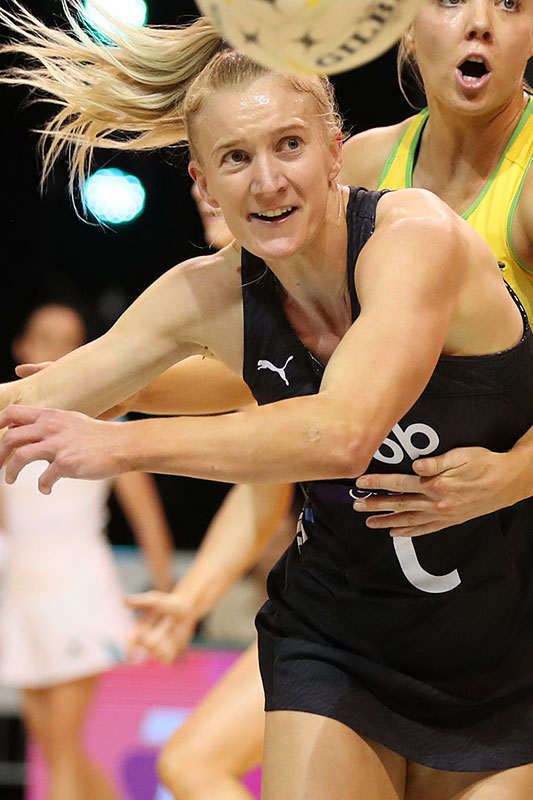 C
WA
Not featuring since the 2018 Commonwealth Games, hard-working midcourter Shannon Saunders (nee Francois) won her spot back in the Silver Ferns for the 2019 Netball World Cup in Liverpool on the back of an impressive domestic season.

Saunders’ experience and perseverance paid off in spectacular fashion as the Silver Ferns went on to clinch the World Cup title in dramatic fashion.

A stalwart in the Steel midcourt where she predominantly plays centre, Saunders started out as a wing attack, so provides the necessary cover to play both positions to a high standard.

The opportunity to have a full pre-season with the Steel and refocus her priorities gave Saunders a new lease of life, the tireless midcourter delivering a succession of consistent and top-quality performances during 2019.

Saunders got her break for higher honours in 2013 when called into the Silver Ferns squad as cover and quickly made a mark with her speed and fitness levels while also making her debut. She remained a permanent fixture until 2018.

A product of Motueka High School, near Nelson, Saunders’ Netball career gained traction when she headed to Otago University, finding her niche with a young Southern Steel team and going on to become an integral member since joining them in 2012.

A no-frills type of player, Saunders is a whole-hearted performer who can match it with the best through her dogged determination, relentless commitment and ability to execute.