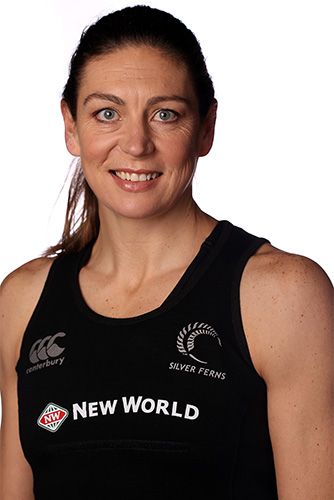 Ageless super shooter Irene van Dyk had a huge impact on Netball, almost single-handedly changing the way it was played, both in New Zealand and around the world, while contributing immensely to its growing popularity.

Van Dyk’s talent showed no bounds when she made New Zealand her home in 2000 after emigrating from South Africa in her late 20s. She quickly became the face of the Silver Ferns and went on to rewrite the record books while continuing to play at the highest level into her 40s.

Van Dyk became the most talked and written about netballer of her time while redefining the position of goal shoot with telling effect.

A crowd favourite, the affable shooter reached a number of significant milestones during a glittering career, where she was the world’s best at the peak of her powers.

The long-limbed van Dyk forged an enviable international record which included five Netball World Cups – two for her native South Africa and three for New Zealand – and four Commonwealth Games (1998, 2002, 2006 and 2010). In 2010 she was New Zealand’s flag bearer at the Opening Ceremony – a huge honour.

Sure hands, perfect positioning under the hoop and uncanny accuracy, where she rarely shot under 90 percent, were the hallmarks of this super talented player.

Van Dyk was honoured for her services to Netball in 2009 when awarded the New Zealand Order of Merit (MNZM) in the Queen’s Birthday Honours.

She is currently a Netball New Zealand Ambassador.