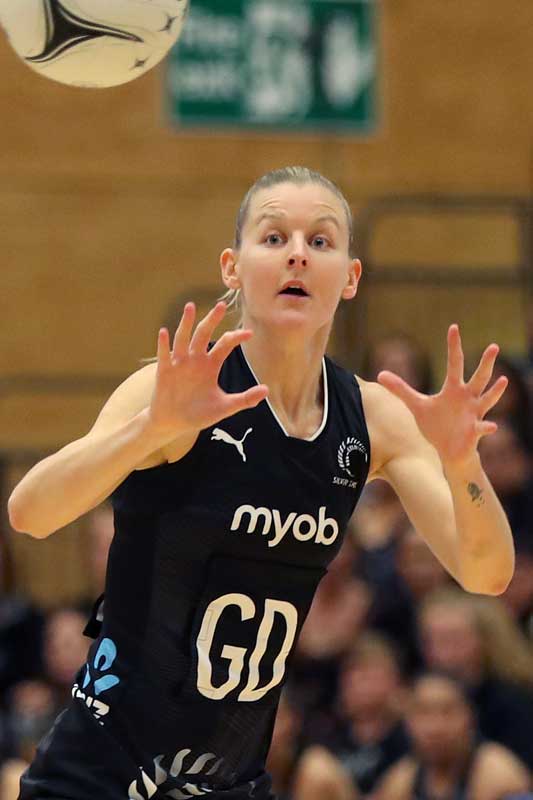 Defender Katrina Rore has been a regular in the Silver Ferns since making her debut as a 21-year-old in 2008 and has gone on to become the fourth-most capped player.

The willowy defender reached a significant personal milestone in 2017 when becoming just the seventh Silver Fern to register 100 international appearances. Adding to the lustre, the experienced Rore had a year to savour in 2019 when completing a unique treble.

In the space of a few short months, Rore captained the Pulse to the ANZ Premiership title, helped the Silver Ferns win the Netball World Cup and became part of the NSW Swifts team which clinched the Australian domestic title. All were first-time achievements for the long-serving Rore.

Predominantly an in-circle defender throughout her career, Rore played an impressive hand from the largely unfamiliar wing defence position throughout the 2019 Netball World Cup campaign, adding another string to her bow in the process.

An astute reader of the game on defence, Rore is capable of making her presence felt in an aerial contest as well as the close-marking situation. Ever-alert to intercept opportunities, Rore’s reliable hands and quick feet give her a strong presence when turning defence into attack.

The athletic and versatile defender can seamlessly switch between the two in-circle defensive positions as well as cover the wing defence role where her height, speed off the mark and awareness of defending space are valuable assets.