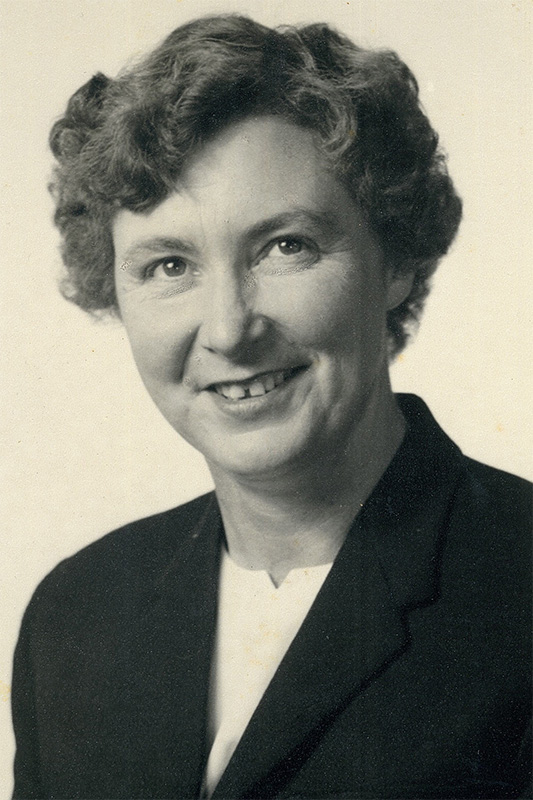 A defender in the 1948 team, Dixie Cockerton was appointed as the second coach of the Silver Ferns in 1960, coinciding with a significant shift in New Zealand’s netballing direction.

With the agreement of new international rules universally accepted in the late 1950s, the 1960 national team was the first to play an international Test Series in the modern era of seven-a-side basketball. The coach of that side, Cockerton, wasn’t entirely unhappy to see the end of the nine-a-side game.

“Back then you had five seconds to shoot, and everyone around you had to stand perfectly still. My worst experience was sneezing at that moment,” she said.

Cockerton’s pioneering tourists of 1960 had to modify their playing style after previously playing nine-a-side, going on to sow the seeds of a fierce trans-Tasman rivalry which has remained to this day. Cockerton quickly showed her coaching hand, New Zealand winning the first Test on a converted grass tennis court in Adelaide 49-40, losing the second in Melbourne 44-39 before experiencing a heartbreaking one-goal loss in the final Test at Sydney, 46-45.

The popular Cockerton was retained as coach when the next Silver Ferns team was selected in 1963, a milestone year which heralded netball’s first World Cup. The New Zealanders travelled by ship to England for the championship based in Eastbourne, winning nine of 10 games only beaten 37-36 by inaugural winners Australia.

Considered a coach ahead of her time, Cockerton was an inspirational figure, the forerunner to installing a fitness regime in the national team as well as being tactically astute.

Her influence as a coach was no less impressive Cockerton’s teaching background and sporting ability providing a seamless transfer into the coaching ranks.

In winning 10 from 13 Tests as the Silver Ferns coach, Cockerton finished with a 77 percent success rate.