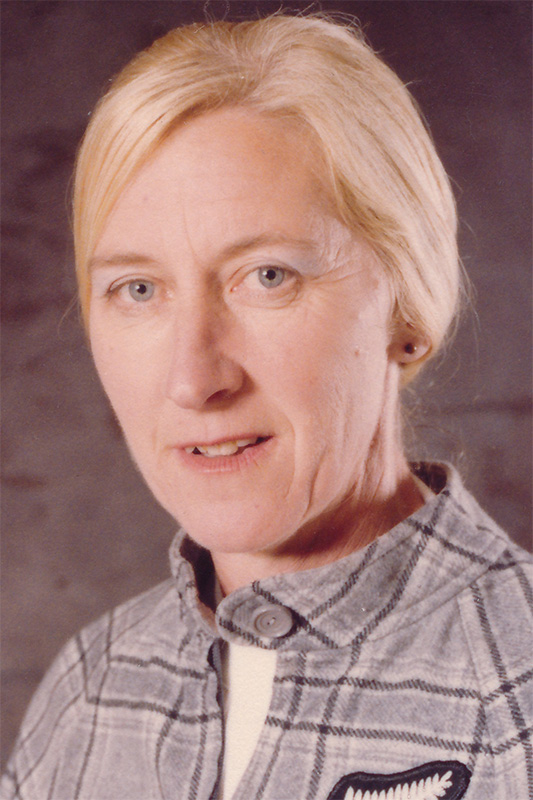 An outstanding defender during her Silver Ferns career (1960-63), Lois Muir went on to become an equally outstanding coach, her name becoming synonymous with Netball.

Her longevity when taking over the mantle as the Silver Ferns fourth coach, in 1974, led to Muir becoming a household name when generations of the sport’s elite came under her wily tutelage.

Muir excelled on the sports field, and in a rarity for the day, represented New Zealand at both basketball (1952-62) and Netball.

The tactical side of Netball had always intrigued Muir and the great respect and encouragement offered by her former international coach Dixie Cockerton sparked her own coaching interest.

Working her way up the coaching ranks, Muir became an institution once ensconced in the Silver Ferns role in 1974. Widely admired and highly respected for her modern approach to the game with her tactical nous and emphasis on fitness and skill levels, Muir set all sorts of records when staying at the helm for the next 14 years.

With Netball’s increasing popularity, the game enjoyed a growth in international exchanges during this time, Muir fashioning an enviable record considering the length of her tenure while also becoming an instantly recognisable figure.

As coach of the Silver Ferns, Muir was involved in four Netball World Cups, jointly winning the title with Trinidad & Tobago and Australia in 1979, finishing runners-ups to Australia in 1983 and winning outright in 1987.

The Silver Ferns team of 1987 is considered one of New Zealand’s finest, that year winning Team of the Year while Muir scooped Coach of the Year at the New Zealand Sportsperson of the Year Awards.

At the end of her long tenure, Muir finished with an 85 percent success rate which included 91 wins, 10 losses and six draws from 107 Test Matches.