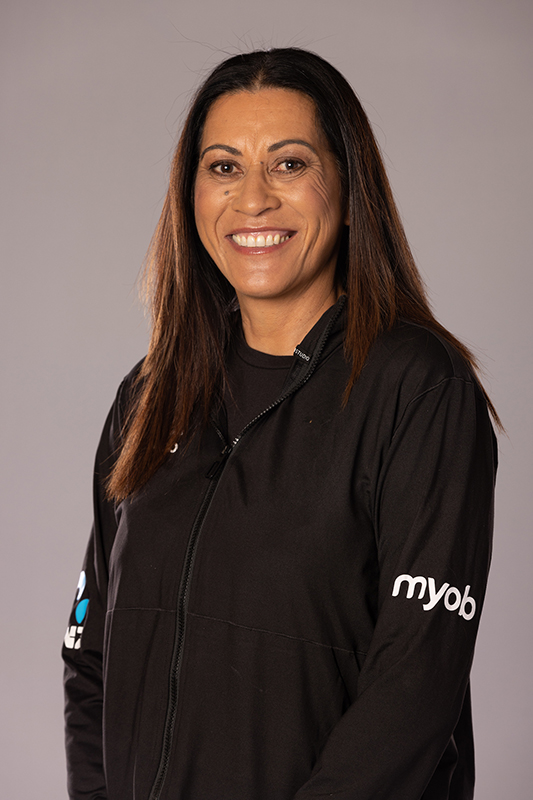 On the back of an enviable record, the popular Noeline Taurua was installed as the 11th Silver Ferns coach in 2018 and wasted little time in leaving her mark.

In just 11 short months, the well-respected and affable Taurua completely transformed the Silver Ferns fortunes, from finishing out of the medals at the 2018 Commonwealth Games to world champions in 2019.

At home in the high performance environment where she has a proven knack of getting the best out of her players, Taurua completed her outstanding 2019 World Cup campaign in Liverpool while juggling the dual roles of coaching the Silver Ferns and Sunshine Coast Lightning during 2018-19.

A mercurial goal attack, Taurua played in the 1995 World Cup and 1998 Commonwealth Games for the Silver Ferns before a knee injury ended her career. She quickly moved into coaching, working her way through the ranks while fashioning a stellar career at elite domestic level in both New Zealand and Australia.

Taurua was an assistant coach for the Silver Ferns in 2011 and was the only coach to lead a New Zealand side to an ANZ Championship title, having overseen the Waikato Bay of Plenty Magic’s win in 2012.

She took over the Southern Steel in 2015, claiming the former Trans-Tasman Netball League Minor Premiership in her first campaign with an unbeaten record in the regular season.

With a Masters of Science in performance coaching, Taurua has tasted success on both sides of the Tasman. Plying her trade in Australia during 2017 -2019, Taurua made a sensational impact when leading new team Sunshine Coast Lightning to back-to-back premierships while finishing runners-up in 2019.