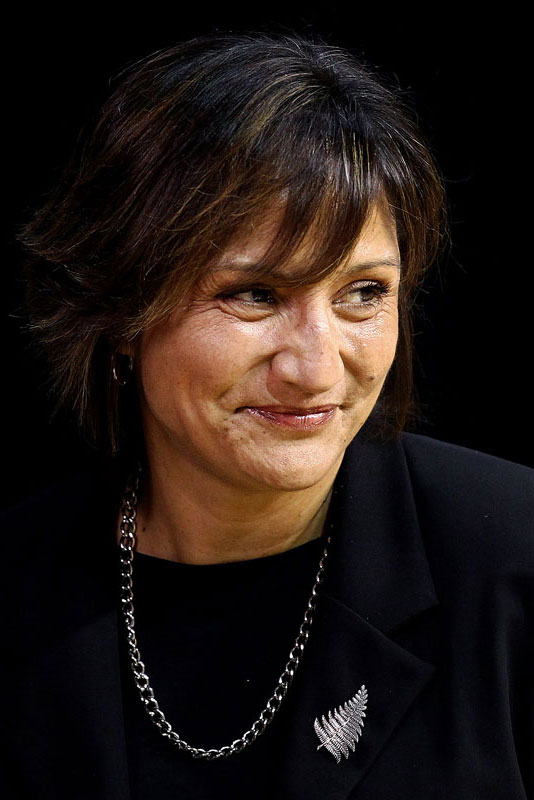 A top class defender during her playing career, former Silver Ferns captain Waimarama Taumaunu has a strong Netball pedigree across all facets of the game, forging a unique resume as a widely respected player, coach and administrator.

Bold in her selection processes and forthright in her aims, Taumaunu got off to a winning start with a 1-goal win over Australia in Perth, but the Silver Ferns lost the series 2-1 across the Tasman.

Taumaunu and the Silver Ferns completed a successful 2012 international campaign winning the Constellation Cup 2-1 over Australia while also winning five of six matches in the Quad Series against Australia, England and South Africa including a five-goal win in the final match against Australia.

The tide turned Australia’s way in 2013 when the Diamonds won the Constellation Cup series 4-1, the Silver Ferns ending the year with a 3-0 sweep over Malawi.

An early season tour in 2014 to the UK helped Taumaunu experiment and blood new players with wins over England and Jamaica while preparing for the Commonwealth Games in Scotland to be held later in the year.

Key injuries blighted Taumaunu’s Commonwealth Games plans, a last gasp 35-34 win over England in the semi-finals no sign of what lay ahead when well beaten by Australia in the final.

Australia confirmed their gold medal status with a 4-0 Constellation Cup win later in the year against an injury-depleted Silver Ferns. The Taumaunu-led Ferns finished a disappointing year with a 1-1 result against England in the Taini Jamison Trophy series.

With an added focus on fitness and conditioning ahead of the World Cup in 2015, the Silver Ferns headed to Fiji for matches against the home team and Samoa early in the year to begin their campaign in earnest.

In the lead-up to Netball World Cup SYDNEY 2015, the Silver Ferns defeated Fiji and South Africa in the Taini Jamison Trophy.

Embarking on their NWC2015 campaign, the Silver Ferns broke the Australian’s 21-match winning streak in pool play, before eventually falling to them in the gold medal match. But it was the ushering in of a new era for the Silver Ferns, with their dynamic, fearless play a feature of the tournament.

With the Silver Ferns playing Australia more frequently in recent years, Taumaunu has coached in the midst of a very strong Diamonds era. In her 53 matches in charge, Taumaunu has recorded 36 wins and 17 losses for a 68 percent success rate.