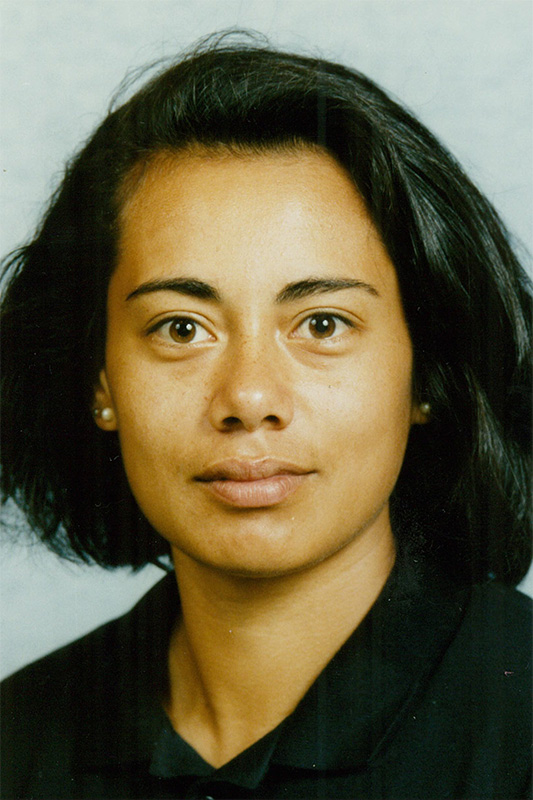 GA
WA
GS
Talented Canterbury shooter April Ieremia first made the Silver Ferns in 1988 after shining at provincial level. The Western Samoa-born, Ieremia was exceptionally quick off the mark, the strongly-built attacker having the ability to leave defenders in her wake with a powerful take-off from a standing start.

Able to cover both shooting positions and wing attack on occasions, Ieremia was not overly tall for a shooter but her fluid, silky movements coupled with good body balance and deft ball skills made her a handful.

Ieremia made her debut in 1989 against Australia in Dunedin and was part of the Silver Ferns Commonwealth Games Demonstration Match in 1990. She missed selection in 1991 but regained her place in 1992 for Tests in New Zealand, Australia and England