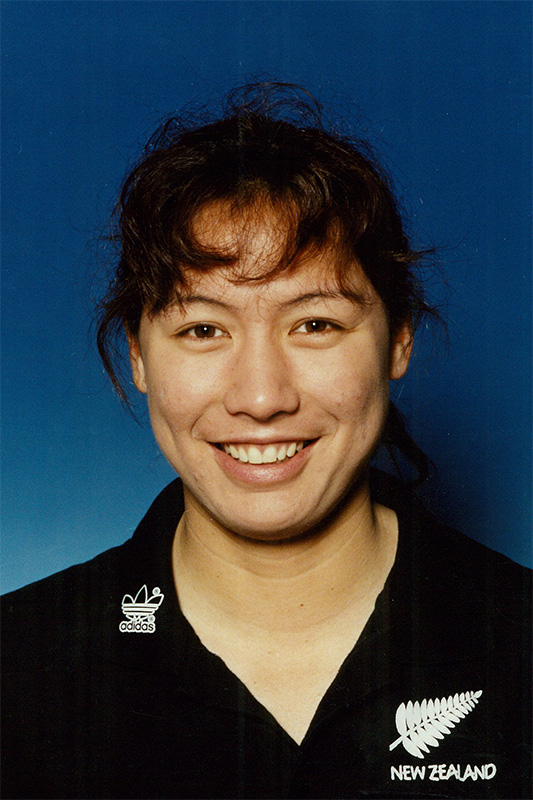 Standing over six-foot tall, Mene was first drafted into the Silver Ferns squad as a 17-year-old schoolgirl in 1992, her on-court dynamism, maturity and ability to read the game capturing instant attention.

Mene became renowned for her athleticism, ability in the air and speed on attack.

Regarded as one of the best defenders of her era, she combined poise and lightness of foot with a mentally strong disposition as a relentless competitor.

Selected for the Silver Ferns straight out of the NZ U21 World Youth Championship-winning team of 1992, Mene toured England with the senior team the same year and played in every test.

Disaster struck the following year when a knee injury led to reconstructive surgery, the on-going effects remaining for the rest of her career.

At just 18 years of age, Mene was advised to give the game away, the constant jarring of playing on hard surfaces adding further damage to the degenerative knee condition.

Ignoring the advice, managing the injury became essential to Mene’s survival in the sport.

In 1997, at just 22, the popular, cool-headed and dynamic Mene became the Silver Ferns 19th captain. But further disappointment loomed when she was forced to take an injury-enforced break from the Silver Ferns later that year.