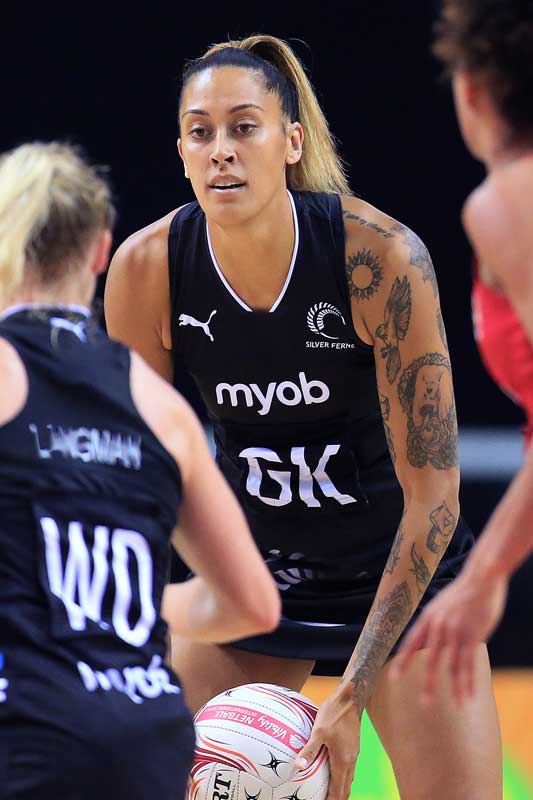 After four years of plying her trade in Australia, towering defender Erena Mikaere made a triumphant return to New Zealand with selection in the Silver Ferns team for the Northern Netball Quad Series in early 2019. Standing at 1.92m, Mikaere has an impressive wingspan and provides a disruptive influence in opposing shooting circles.

Mikaere is an impressive athlete, her height and athleticism providing variety and a different style at the defensive end. The well-travelled defender also adds the vital ingredient of experience while being part of a winning culture on three occasions during her career – the history-making Magic team of 2012 (in the former trans-Tasman competition) and twice with the Sunshine Coast Lightning, in 2017 and 2018 in the Australian league. She also spent two years with the West Coast Fever in Australia, and prior to that a year with the Southern Steel.