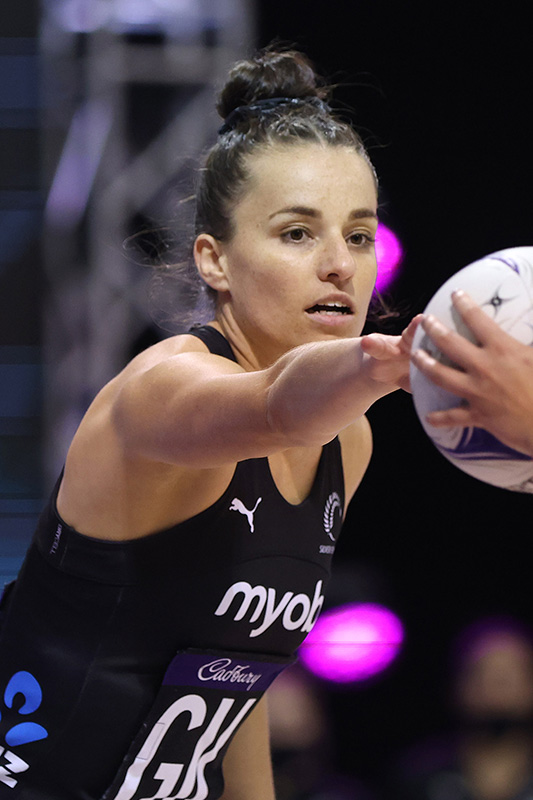 Rangy in-circle defender Georgia Tong continues to make the most of her opportunities with impressive results at the elite level. Not the tallest of in-circle defenders, Tong makes full use of her athletic ability where her reach and speed are a disruptive influence. Strong in the air, Tong attacks the ball at every opportunity. Showing effective improvement throughout her previous two years with the Magic helped Tong win selection in the 2021/22 Silver Ferns Development squad, her rapid rise up the ranks continued when she was added to the Silver Ferns ranks for the 2021 series against England and Aotearoa Men. She went on to become Silver Fern #180 when making a cameo appearance in the third test against the Roses. She had previously played for NZA during the 2020 Cadbury Series.