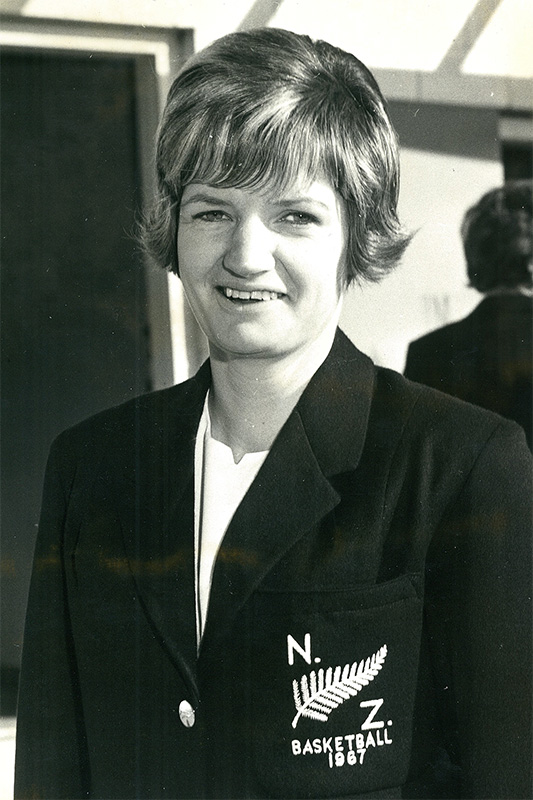 GA
GS
WA
With teams being named on a more regular basis, Judy Blair became one of the first players to be selected in multiple Silver Ferns teams.

The teenaged Cantabrian had been part of the ground-breaking 1960 Silver Ferns tour to Australia, when aged just 18 and the first Netball World Cup in England in 1963.

A natural athlete, speed and agility made up for Blair’s lack of height. But standing at just 1.63m, playing goal attack became an increasingly challenging assignment.

After the heart-breaking one-goal loss to Australia at the inaugural Netball World Cup, Blair vowed to carry on to the next one, reinventing herself as a wing attack in the interim.

Far from the norm for the era, Blair had her first child in between Netball World Cups, returning to the court immediately and finding a new home at wing attack.

Speed, explosiveness and deceptive movement meant her skill-set was tailor-made for the midcourt while with motherhood she had matured into a strong and charismatic leader, making her a popular choice as captain of the 1967 team.

A core of the 1963 team remained, spurred on by their previous loss to Australia and motivated to redress what had gone before. The Silver Ferns were a class above the other teams in Perth as they swept all comers in claiming the second Netball World Cup trophy.

Because of a lack of recognition for women’s sport at the time, Blair’s team did not get the acknowledgement they deserved for this fine achievement but helped set the wheels in motion for Netball’s growth across a variety of sectors.

Blair has the proud record of being one of only three Silver Ferns captains to remain unbeaten after leading the team to seven-from-seven in Perth.

After retiring, she kept up a lifelong association with her New Brighton Club in Christchurch and was made a Member of the New Zealand Order of Merit (MNZM) in 2006.

Blair and daugther Belinda Charteris (Silver Fern #105) became the first mother-daugthers to play for the Silver Ferns when Belinda debut in May 1994.