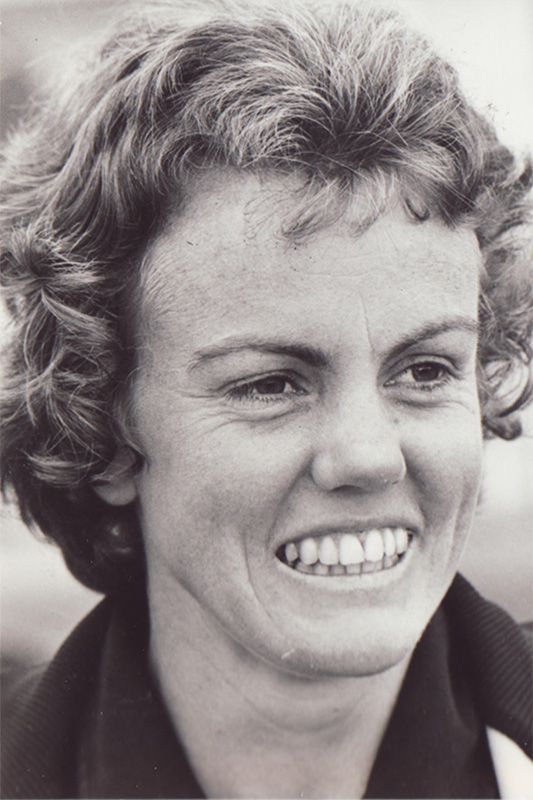 Starting primarily as a wing defence, Gunson’s strength as an exceptional strategist meant she also covered the wing attack/centre roles as the occasion suited, her all-round skill set shining in whatever position she played. A fitness fanatic and her own greatest critic, she was the ultimate perfectionist.

Making her international debut and impressing on the 1974 tour of England, she got an early taste of captaincy when taking over from an injured Shirley Langrope for much of the campaign at the tender age of 21. She became the permanent captain in 1978 at the relatively young age of 24, holding the position until her retirement in 1985.

A true student of the sport, her ability to read a game, focus on staying one step ahead of the opposition and calm persona led to an exceptional player and captain.

Extremely consistent throughout her career, Gunson excelled when leading the Silver Ferns to a three-way share of the 1979 Netball World Cup title with Australia and hosts Trinidad & Tobago.

Gunson competed in one more Netball World Cup in Singapore in 1983, a two-goal loss to Australia consigning the Silver Ferns to the runners-up spot.

She retired in 1985, fittingly after a memorable 39-37 win over Australia in the final of the World Games, which she described as the best game she ever played in.