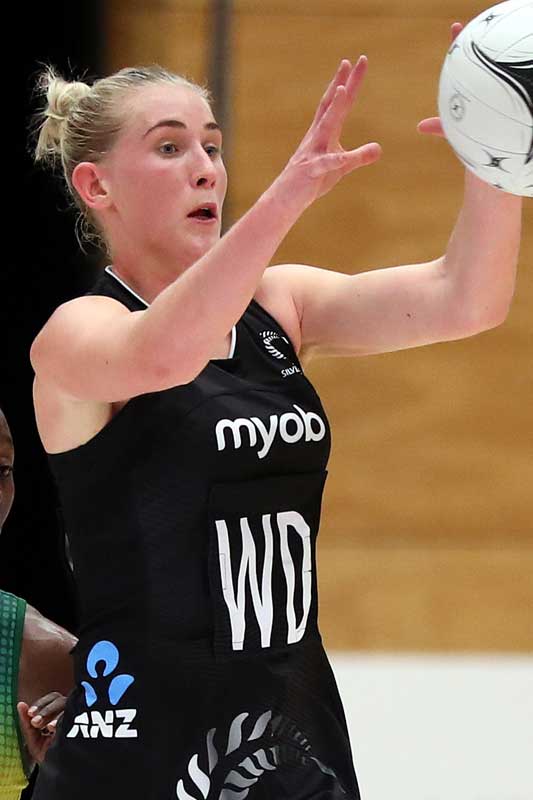 GD
WD
Following a breakthrough year in 2016, talented young defender Michaela Sokolich-Beatson has continued to enhance her credentials in leaps and bounds.

Named for the first time in 2018, the fleet-footed Sokolich-Beatson, who is able to play all three defensive positions, is an example of the next generation of Silver Fern ready to create a legacy of their own in the black dress.

A product of Whangaparoa College, Sokolich-Beatson was first chosen for the Northern Mystics in 2016 where she has remained for the last four seasons. An impressive 2019 season saw her efforts recognised with inclusion in the wider Netball World Cup programme.

An outstanding athlete, Sokolich-Beatson is a tireless and effective defender. Skilled both as an in-circle defender as well as on the wing, she offers versatility and a dogged determination in hunting the ball.

She has strong leadership skills after captaining the triumphant NZU21 team to the Netball World Youth Cup title in 2017.

Originally named as a non-travelling reserve for the 2019 Netball World Cup, Sokolich-Beatson made the trip to England where she was on standby as injury cover before Katrina Rore was cleared to play.