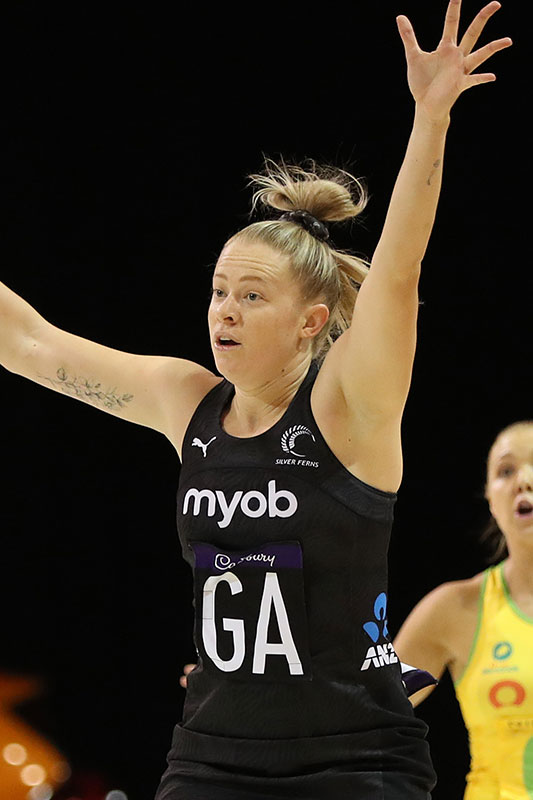 GA
GS
A standout year in her debut season for the WBOP Magic in the ANZ Premiership (2017) heralds the start of an exciting career for Monica Falkner.

The gutsy shooter is a former Trident High School student and started playing the game at the age of eight.

Renowned for her ability to turn and shoot from anywhere in the circle, Monica was a member of the NZU21 team who won Gold at Netball World Youth Cup Gaborone 2017.

She was selected for her first Silver Ferns squad in 2017/2018 and has been named in the team for the Taini Jamison Trophy.