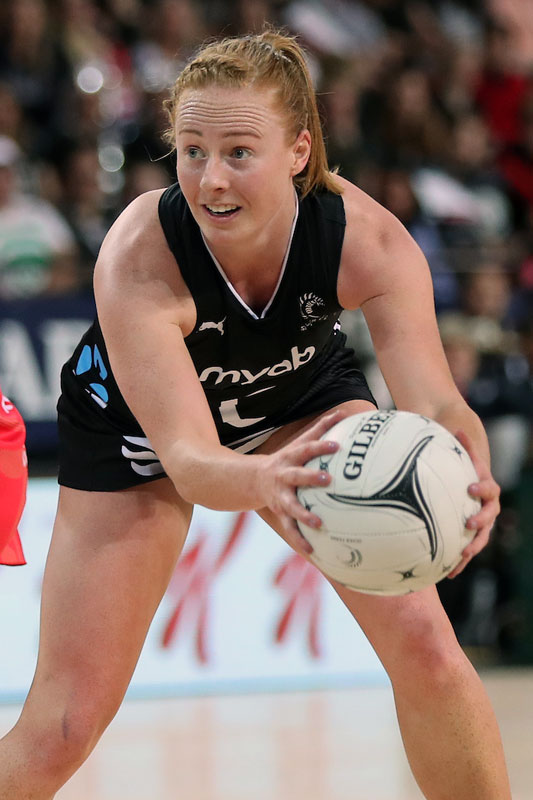 A standout player at secondary school and age-group level, gritty Rotorua midcourter Samantha Sinclair has continued to fulfil her early promise with a strong presence in the semi-professional ranks.

Gaining a spot in the Waikato Bay of Plenty Magic team in her first year out of school in 2014, Sinclair has continued to take her game to new heights with sheer determination and a relentless athletic attitude.

A potent presence on both attack and defence, the fleet-footed Sinclair is continuing to build on her repertoire where she combines a never-say-die commitment with a robust and energetic style. With the trademark qualities of a tenacious wing defence, Sinclair is also an efficient and effective distributor from centre.

A bundle of energy with high fitness levels, Sinclair had a breakthrough 2015 when named in the Silver Ferns Development Squad while also touring with the NZA team who played a series of warm-up matches against other countries ahead of the Netball World Cup the same year.

She was one of a handful of talented youngsters selected for the Netball World Series-winning FAST5 Ferns in 2016, closely followed by selection in the Silver Ferns squad for the first time in 2017.

Sinclair went on to make her full senior international debut in the first series of 2017.