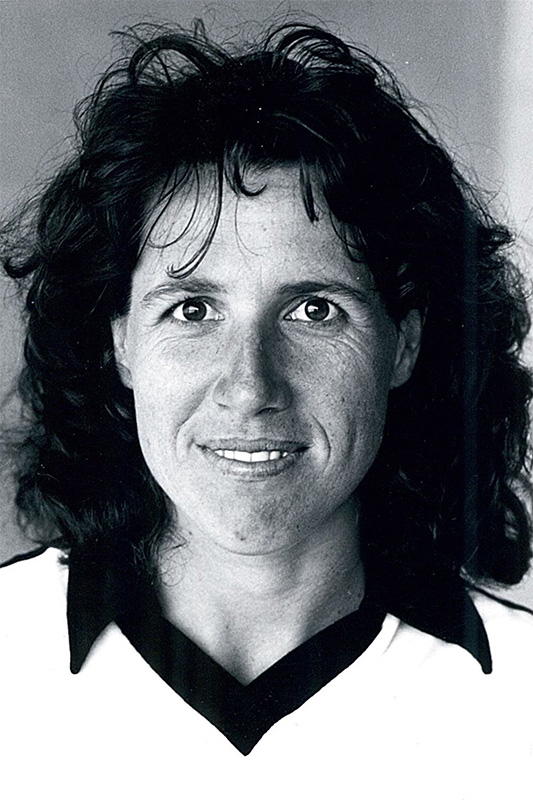 GK
GD
The rangy figure of Australian born and raised Tracey Fear went on to become a netballing legend for her adopted country of New Zealand.

First coming to New Zealand as a teenage schoolgirl in 1974 when her father was posted to the Australian High Commission in Wellington, Fear became a Silver Fern in 1982 where she remained a pivotal figure until retiring in 1988.

Able to play both in-circle defensive roles, Fear was without rival in the custodian’s position of goal keeper, in a career defined by her uncompromising attitude.

Fit, athletic and dedicated, Fear developed into the best in the business and fashioned a reputation as the standout ‘keeper of her era both domestically and internationally, in the process bringing new impetus to the role.

Previously viewed as an unglamorous position, Fear’s aerial skills and mobility introduced an exciting variation with her ability to reel in intercepts, rebound ball and master opposing shooters.

Alongside Wai Taumaunu, Fear formed a formidable and dominant Silver Ferns defensive pairing in the late 80s, the winning of the 1987 Netball World Cup being her personal highlight.

Fear played in two Netball World Cups– 1983 and 1987 – and was part of a dominant Silver Ferns era which included winning the 1985 World Games title.

With many players retiring after the 1987 triumph, Fear stayed on to help with the transition to a new generation, picking up the captaincy (our 12th Silver Ferns captain) for just the one year in 1988 before hanging up her bib.