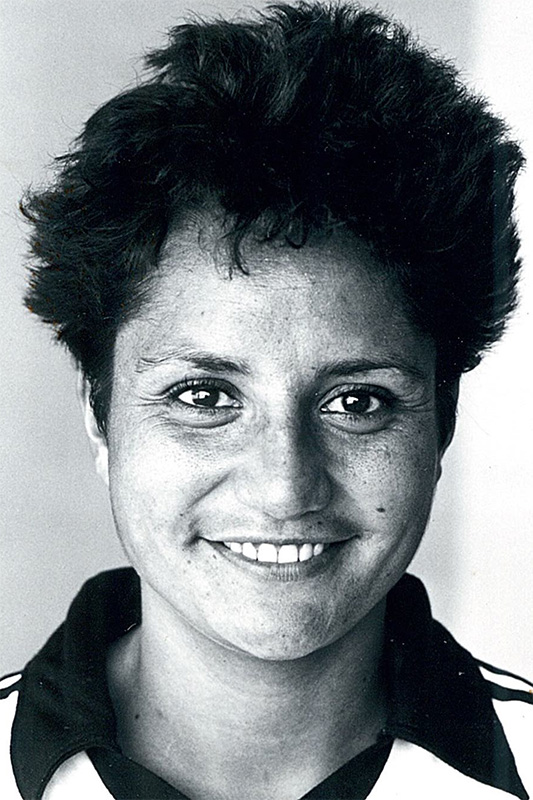 GD
GK
WD
C
WA
Ironically, for someone who went on to leave an indelible mark on the international game as a defender, fresh-faced Canterbury teenager Waimarama Taumaunu made her debut for the Silver Ferns in 1981 as a wing attack.

Injury and illness took its toll during a hectic 1981 international season, Taumaunu giving a fair account of herself in the attacking role before returning to her rightful place at the defensive end of the court.

Able to play wing and goal defence with equal aplomb, the tactically astute Taumaunu oozed presence and came armed with the simple philosophy of dominating her opponents. The solidly-built Taumaunu brought a style that the public admired and opponents both feared and respected.

Taumaunu’s combination with Leigh Gibbs (wing defence) and in particular, her in-circle partner, Tracey Fear, gave the Silver Ferns of the time, an imposing and menacing defensive line which dominated all-comers.

As well as her natural playing ability, Taumaunu was a fine strategist, her leadership qualities defined when she took over the captaincy (our 13th) in 1989.

Taumaunu spent much of her career in Wellington, going on to play in three world cups, finishing runner-up in 1983, winning in 1987 and captaining the side which suffered a dramatic one-goal loss to Australia in the 1991 final, her last international.